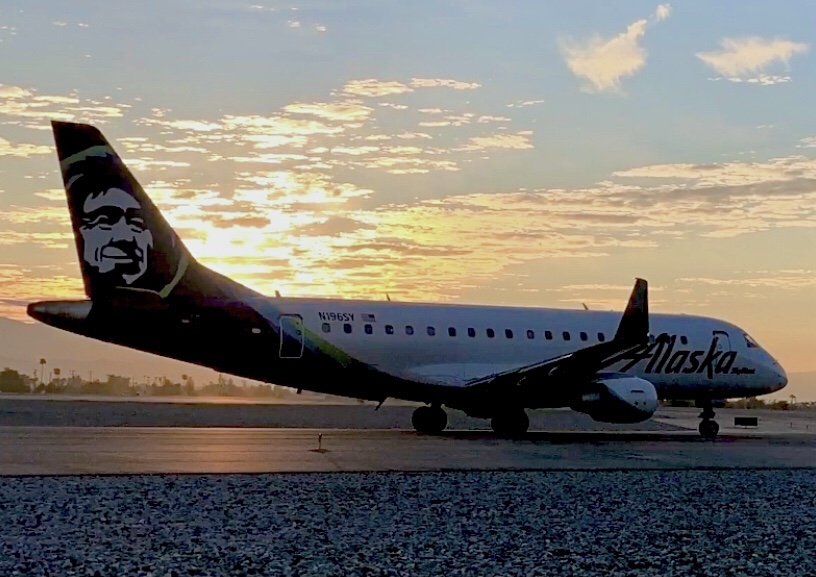 I can’t remember what triggered it. I think it may have been a book I was reading, The Creative Habit by Twyla Tharp. Whatever it was, I recently began noticing that my writer friends all have really cool hobbies and other creative outlets. I asked them to share how these other pursuits feed their writing. The responses I’ve gotten have been fascinating and enlightening. This is the last of three installments (at least for now) of writers talking about their other interests. Enjoy!

My writing and pastime activities run on different freeways that never intersect or run parallel. I write paranoid fantasies about Luddites and opportunists who try to shine in a bleak world, while my hobbies consist of me hiking through the mountains or deserts alone. Like I said, binaries. I’ve wandered so miles across this planet, and during that time, I’ve never thought that I needed technology to make my moment any better. Nor has there been a time when I’ve written about a dystopian future filled with nature and solitude. Maybe the dyad keeps the balance in my mind, influencing my plots, placating my fears. In both fiction and reality, I’m allowed to explore. And in both science fiction and nature, forces more significant tower over me. Maybe there’s a bigger connection than I thought.

Walking my dog in the woods near my house, I witness the seasonal changes of Maine—the fall colors, winter snows, spring blossoms, and summer growth. But there’s a point on the path, twenty minutes to a half hour in, where something in me shifts. After mentally ticking down my checklist for the day, my brain exhales and I begin to write. Ideas crop up that I voice-text to myself, and I allow nature to help find the book inside me that’s waiting to be written. 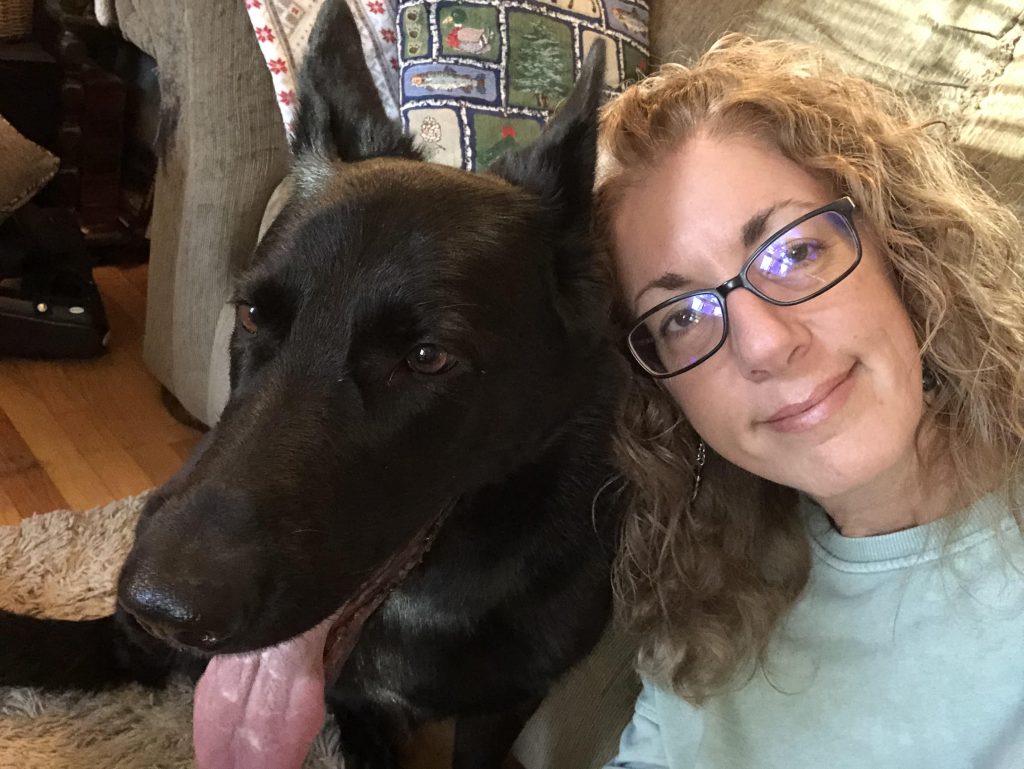 Surfing is an interesting sport. It seems super niche and sort of inaccessible. At least it did to me for years. I started surfing in earnest in my thirties. The ocean’s crushing jaws, great white sharks just beneath the surface—a close friend of mine was even attacked in Marina years ago—made the ocean seem like a counterintuitive place to find solace. But that is exactly what it has become for me. A solace from the land-world. Out beyond the breakers, reality becomes something new, something silent, and something potentially deadly. It is an experience like no other. And it is in this element, this tranquil, glittering reality beyond the breakers, that I feel truly alive. I think everyone needs a space like this, especially creatives. A space where it feels like you can be alone with just your thoughts and connect to the natural world. Sometimes it’s not about the wave riding, it’s just about existing in that realm for as long as you can, before you have to come back to the real world. I am always a little bit disappointed to have to come back. I always want just one more moment, or one more wave.

David Olsen is a writer and the Editor-In-Chief of Kelp Journal. His work has been widely published, including an essay in CrimeReads, “How Surf Noir Changed My Life.”

To me, airplanes represent freedom, creativity, and enlightenment. As a writer, a lot of my stories have been influenced by aviation and airplanes. For example, most of my characters are either flight attendants or in relationships with flight attendants. Teddy Roosevelt once said, “Believe you can and you’re already halfway there.” Connecting the dots with this quote, aviation brings me the spark I need in my writing, allowing me to relate to characters and write screenplays with hints of aviation throughout. My screenplay, Airport Mime Hunt, was partially influenced by my love for airplanes and airports, specifically the Portland International Airport. When faced with writer’s block, or whenever I hit a brick wall in my writing, I go out and plane spot. Sometimes, I even spend all day plane spotting at Palm Springs International Airport or plan my schedule around spotting an inaugural flight (new route or new airline).

Whenever I fly, I try to make trip reports whenever I get a chance, allowing me to use my filmmaking skills while bringing my audience along for the ride. Like writing, I always know what I film, when to film, and where to film, giving me the right cues in making trip reports. Now with my new job as a ramp agent, I get flight benefits, allowing me to spend even more time around airplanes and flight attendants.

The photos on Mackenzie Kram’s popular Instagram have gotten likes from the airlines (AHA!, Allegiant, Frontier, Sun Country, Swoop, and United). The airplane photos below, as well as the photograph at the top of the post (an Alaska Airlines Jet taxiing at the Palm Springs International Airport for an early morning takeoff) were all taken by Mackenzie Kram. 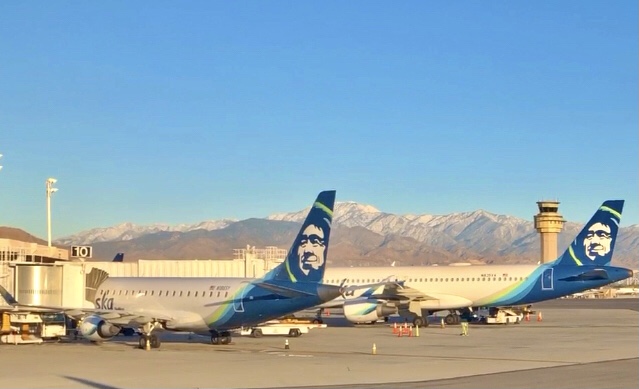 An American Eagle jet and an Alaskan Airlines jet side by side at the Palm Springs International Airport. Photo credit: Mackenzie Kram 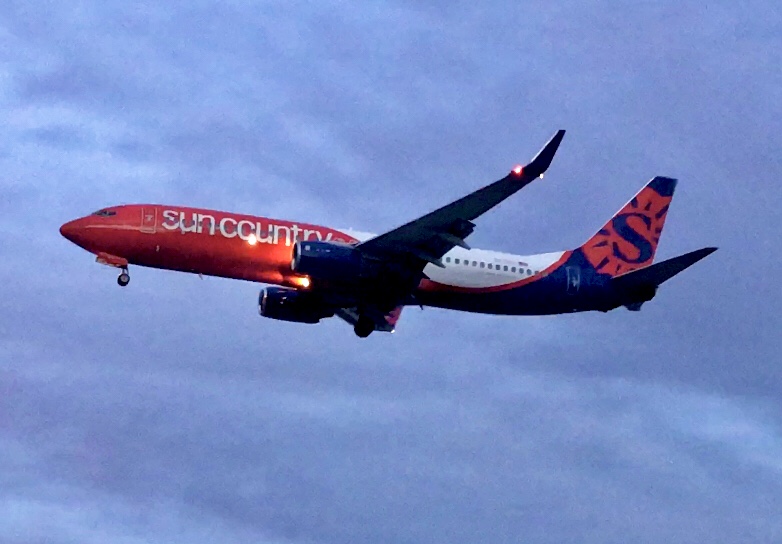 Kill for time for a hobby…. Before being locked in with teens all week, then alone with my memories and manuscript all weekend, I tried painting and improv. Yes, both are useful for stirring writerly juices. The most surefire way to get me writing though is working under great writer-teachers; I’m a big class-taker.

Looking forward for inspiration, since my life will calm down in June, I’m considering a summer job outside of my current field–something somewhere where gobs of different people are. I just want to stare at them!

And learning the new skills for the new job will give me new verbs. I love me some new verbs for revving up the ol’ writing!

I see the most extraordinary things on my walks through East Hollywood and Silverlake—nature flourishing, life unfolding, time passing. And sure, I walk for health. But mostly, my mind wanders. And to my surprise, a different reason altogether has emerged for why I walk; it’s the time I get to devote to myself. See, I spend most of my days and nights and early mornings and late evenings, and every moment in between, taking care of other people. I am a mother, after all. And a teacher. Two of the most demanding roles on time, effort, and breath. When I breathe at work, it’s out of frustration or under pressure. When I breathe at home, it’s out of worry or from guilt. But on a walk, by myself, my breath is free, easy. Uninhibited. Of course, as a writer, the benefits of walking are incalculable, for obvious reasons. But I don’t walk for my writing anymore, because even that, in a way, is for something else outside of myself. I walk as an act of rebellion now. I am a radical. No one knows this. But on my walks, every breath I take is because I choose to breathe. I can also choose not to breathe which, by the way, is not recommended by any sane medical doctor or person with a brain. But the choice. It’s mine. I breathe in not because, if I don’t, my classroom will fall apart or my family system will break down. I breathe in because I am in the moment, I am a woman who feels every woman before her who didn’t have the choice to breathe or couldn’t breathe or was suffocated. I breathe in because I relish the choice to do so. On my walks, I smile. I laugh. I think. I cry. I sing out loud. I talk to myself. I argue. And I do it all as me without the external expectations of being a mother, a sister, a wife, a teacher, a writer, or a friend. I walk, and I breathe; they’re both free. Or rather, freeing. I know, radical, right? 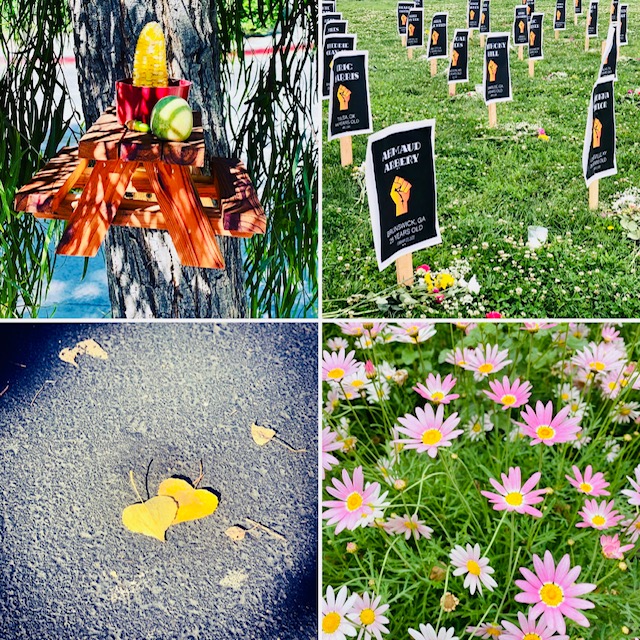 IN CASE YOU MISSED IT: For the last few weeks, I’ve been asking my friends who write about the other things they do creatively or just for movement or fun. The first week, writers Amy Reardon, Nicholas Belardes, Anna Reagan, Trey Burnette, Jackie DesForges, and Laurie Rockenbeck talked about the creative pursuits that feed their writing in 6 Writers & Their Pastimes. Last week, we heard from Matt Ellis, Chih Wang, Ioannis Argiris, Sara Grimes, Jaime Parker Stickle, and Ashley Corinne in 6 More Writers & Their Pastimes. Next week, I have a more in-depth dive into the ways running benefits a writer.