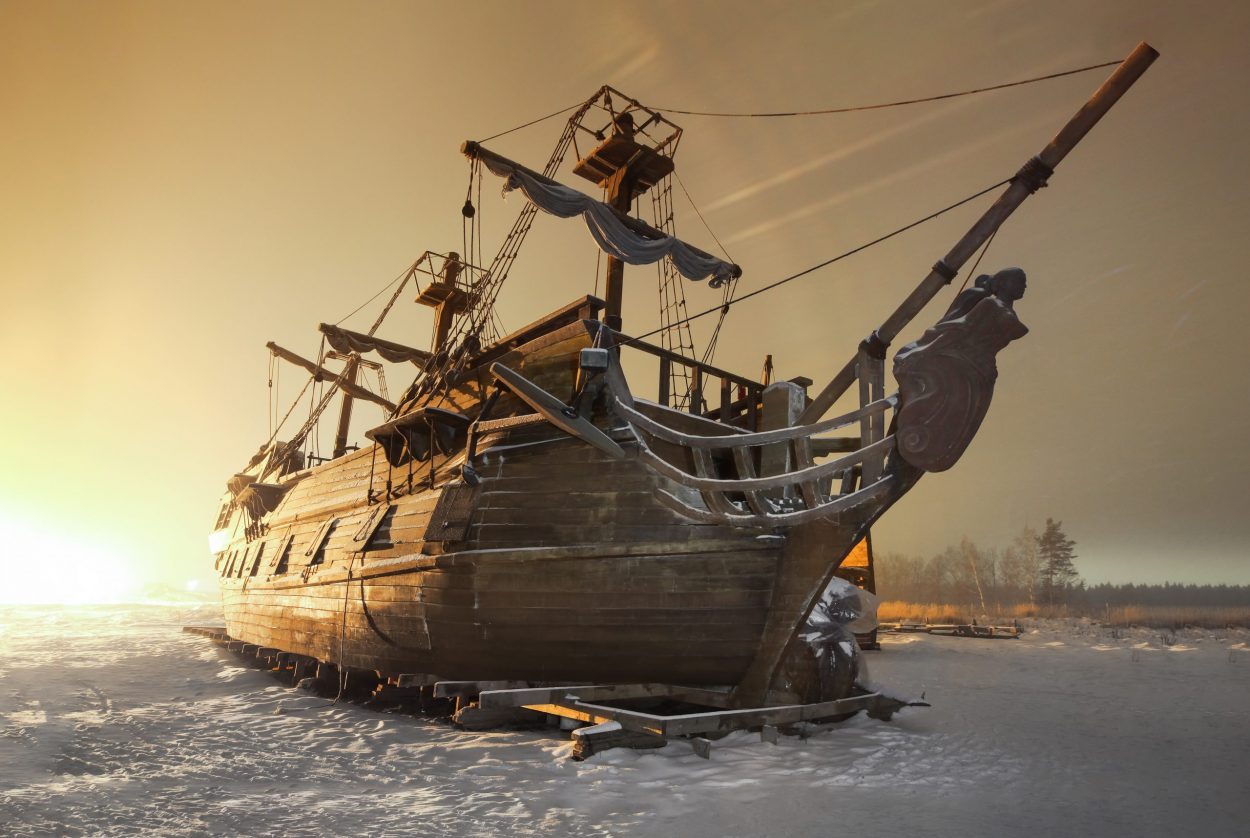 My friend Jackie recently reread The Witch of Blackbird Pond for the first time since she was in junior high. This is a middle-grade novel written by Elizabeth George Speare. It was originally published in 1958, and I haven’t read it since I was a kid. According to Jackie, it still holds up, so I decided to read it again too.

Here is the first paragraph of The Witch of Blackbird Pond:

“On a morning in mid-April, 1687, the brigantine Dolphin left the open sea, sailed briskly across the Sound to the wide mouth of the Connecticut River and into Saybrook harbor. Kit Tyler had been on the forecastle deck since daybreak, standing close to the rail, staring hungrily at the first sight of land for five weeks.”

This paragraph consists of only two sentences. Two sentences. Reading it carefully, how many pieces of information does it give us? Here are some of the things I came up with:

This seems like such a simple paragraph. Two straightforward lines of prose written with uncomplicated language. It appears effortless, but based on my experience, I am guessing Ms. Speare worked over this opening paragraph many, many times. She used her words economically, made each word earn its keep, and crafted tight prose that gives the reader a great deal of information without resorting to flashbacks or information dumps.

Two sentences. Before the third sentence, Speare has grounded her reader completely in the story. She then takes her reader right into a scene. And not only is she in a scene, she opens that scene with dialogue–a conversation between Kit and the ship’s first mate, Nathaniel Eaton. The opening dialogue immediately propels the narrative of the story forward:

“‘There’s Connecticut Colony,’ a voice spoke in her ear. ‘You’ve come a long way to see it.'”

Again, so understated, but so packed with meaning.

Take a look at a few first paragraphs of classic novels:

It is a truth universally acknowledged, that a single man in possession of a good fortune, must be in want of a wife. –Jane Austen, first paragraph of Pride and Prejudice

One sentence and we are already drawn in by Austen’s sarcastic sense of humor and have a good idea where the story is headed.

“Happy families are all alike; every unhappy family is unhappy in its own way.” –Leo Tolstoy, first paragraph of Anna Karenina

Again, this opening paragraph consists of just one line, but it immediately provokes thought, ignites tension, and again, gives us a clue as to the kind of story we are about to read.

And perhaps my favorite opening paragraph of all time:

“Call me Ishmael. Some years ago–never mind how long precisely–having little or no money in my purse, and nothing particular to interest me on shore, I thought I would sail about a little and see the watery part of the world. It is a way I have of driving off the spleen, and regulating circulation. Whenever I find myself growing grim about the mouth; whenever it is a damp, drizzly November in my soul; whenever I find myself involuntarily pausing before coffin warehouses, and bringing up the rear of every funeral I meet; and especially whenever my hypos get such an upper hand of me, that it requires a strong moral principle to prevent me from deliberately stepping into the street, and methodologically knocking people’s hats off–then, I account it high time to get to sea as soon as I can. This is my substitute for pistol and ball. I quietly take to the ship. There is nothing surprising in this. If they but knew it, almost all men in their degree, some time or other, cherish very nearly the same feelings towards the ocean with me.” –Herman Melville, first paragraph of Moby Dick

By the time we’ve read this opening paragraph, we know more about Ishmael than we know about many of our own close friends. He’s broke, he’s depressed, he’s bored. He is over it. People annoy the hell out of him. He sees strangers walking down the street and wants to knock the hats off their heads! He’s alienated from society. He needs to get out of town before he loses his temper. He heads to sea because he finds the ocean calming and healing–the sea centers him. He tells us in the first line that the story he’s about to share happened many years in the past, so we know that, whatever happens on this journey, he will survive to tell the tale. Ishmael has invited us to call him by his first name–we are his friends and his confidantes. And we can relate. One hundred and seventy years after this novel was originally published, we can still relate to what Ishmael is feeling. Eight lines into this story, we are right there with him as he embarks on this epic journey. (Notice, too, the rhythm of Melville’s sentences, the way he alternates short and long sentences, like the ebb and flow of the sea.)

Reading good, well-written books is one of the best things writers can do to improve their own writing. I especially love to study the opening paragraphs of novels. A great writer squeezes a lot of information into a relatively short space in order to ground the reader in time and place, introduce one or more main characters, establish the plot, and create opening tension.